Friendlier tracebacks in REPLs (including Jupyter)

Traceback:  Determination of origin; the process of tracing something back to its source.

I have been working towards release 0.4 of friendly/friendly_traceback as well as preparing for a talk at the upcoming PyconAU. Those familiar with PyconAU might be interested to note that I plan to include an example related to the flipfloperator.  :-)

In this preparatory work, I have been revisiting almost all aspects of friendly/friendly-traceback, making various improvements. Unfortunately, this means that many of the screenshots included in the documentation will have to be updated.

In this blog post, I want to illustrate some of the changes that I have finished implementing with regards to the traceback themselves. By this, I mean the sequence of calls that were done and not the message, such as "IndexError: list index out of range".  I will look at the same simple example using a variety of interpreters. Since this is a simple example, the traceback is not going to be very long ... but I want you to imagine situations where it could be much longer.

First, let me introduce this example using the CPython REPL: 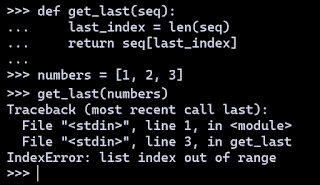 We see a reference to a "file" named "<stdin>" which appears many times. While we have some line numbers indicated, CPython does not tell us anything about the content of these lines.  Thus, it could be difficult to trace back the source of the error.
The situation is slightly better with IDLE, as it keeps track of different "<pyshell> files" and show us the relevant lines of code. 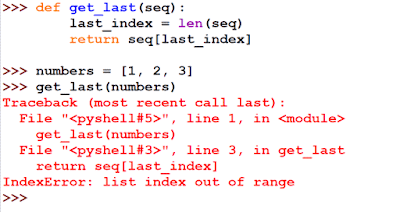 Up until recently, this was the strategy I was using by default with the friendly console. Here we see it running within IDLE. 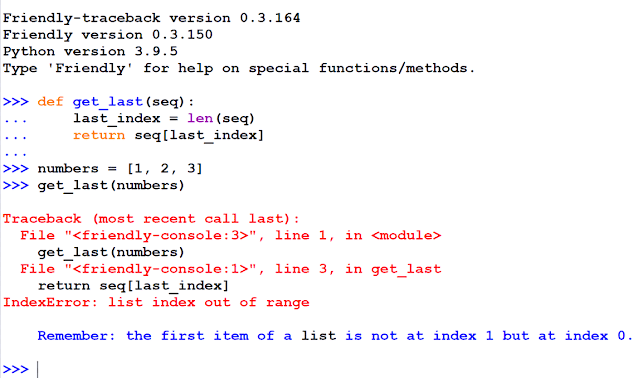 For longer traceback, the user might have difficulty identifying the block of code corresponding to each "<friendly-console> file".  Fortunately, friendly includes the function where() which can provide some help in this situation. 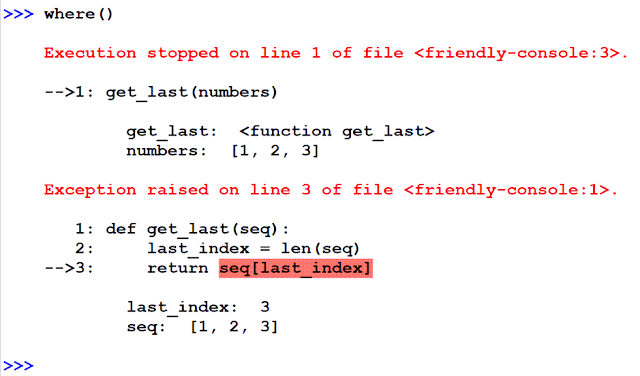 For perhaps a slightly better approach, we can look at what IPython does. 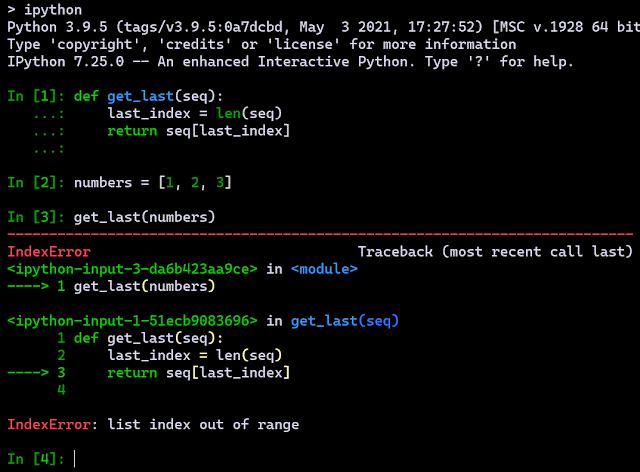 Each code block is identified by a number in brackets, [1], [2], etc..  The traceback includes a weird name of the form "<ipython-input-N-...>".  By looking closely at enough examples, we can conclude that the "N" correspond to the digit between the square brackets in a code block.
Moving on to Jupyter (lab). Up until fairly recently, Jupyter lab (and notebooks), which are based on IPython, were using "filenames" of the form "<ipython-input-N-...>".  However, this seems to have been changed recently, and we now have "real" filenames ... with names that do not contain any clue about their origin. [I filed an issue suggesting an improvement.] 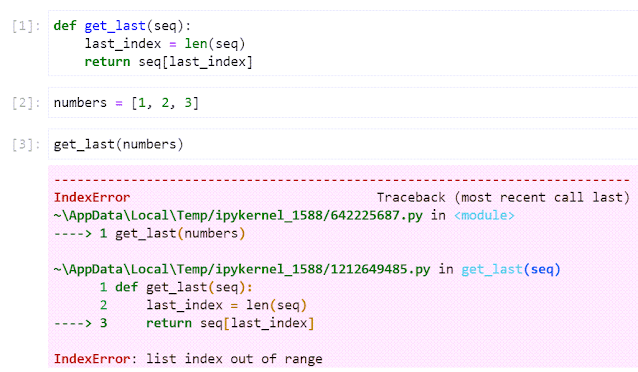 However, it is possible to do better.  Here's how friendly now shows this information within Jupyter lab. 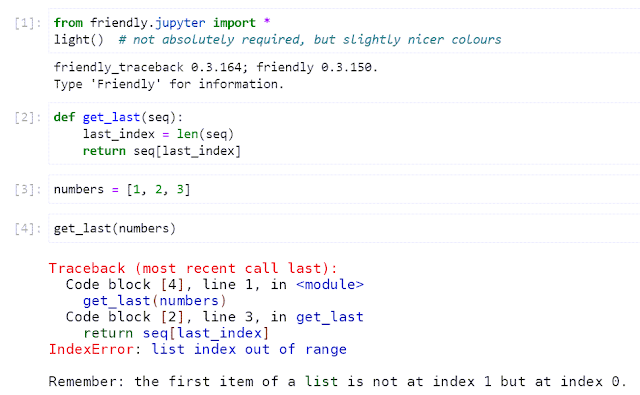 Instead of a "File" we see mention of "Code block" which might be less confusing, especially to beginners that are starting with Jupyter and never dealt with Python code in separate files before.
Of course, this being friendly, we can show much more than simply the traceback.  Here's the complete information available: 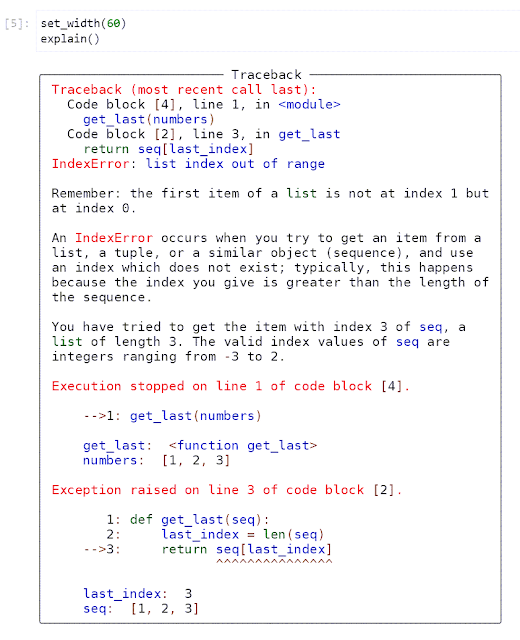 To properly format tracebacks with "Code block" instead of "File", I had to monkey patch pygment's lexer.
Since I thought that such numbered code blocks were more informative than fake filenames like "<friendly-console>", I decided to adopt them by default in friendly's REPL: 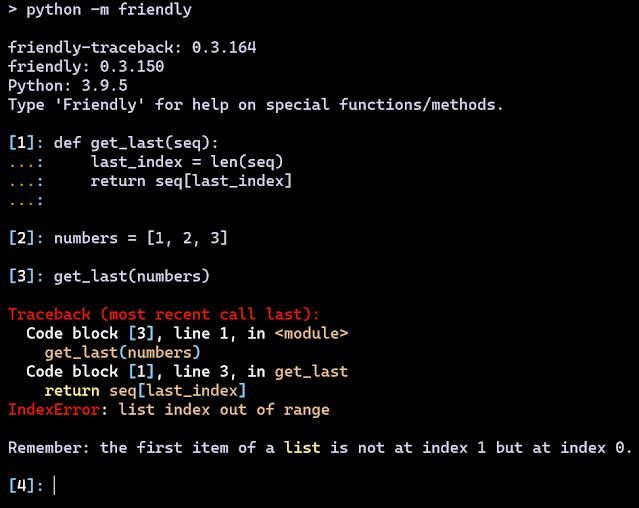 This new REPL style is also available in friendly.idle (not shown in this post).
Finally, here's an example showing a mixture of code from files and code blocks.

If you have any suggestion for possible improvements to friendly/friendly-traceback, please do not hesitate to let me know by filing an issue.  I am especially interested to hearing from teachers/mentors that work with beginners.
.

Posted by André Roberge at 3:03 PM