People reading this blog may be familiar with rur-ple (https://code.google.com/p/rur-ple/), a Karel-the-robot clone using Python that I wrote.  The robot's name in my version is Reeborg, hence the title of this post.

Since the last version was produced in 2009, rur-ple had been downloaded more than 11,000 times.  Since people that download it do not need to contact me to do so, it is only through serependity that I find out where it is used.  By doing some searches on the web, including videos on youtube, I found out that it has been used by elementary school children in Austria, high school children in the U.S. and by university students in the U.S. and Latin America as a tool to introduce Python.

Recently, Samsung contacted me and asked my permission (!) to produce a book based on rur-ple. They distributed free copies of this book yesterday to approximately 1000 Korean students. 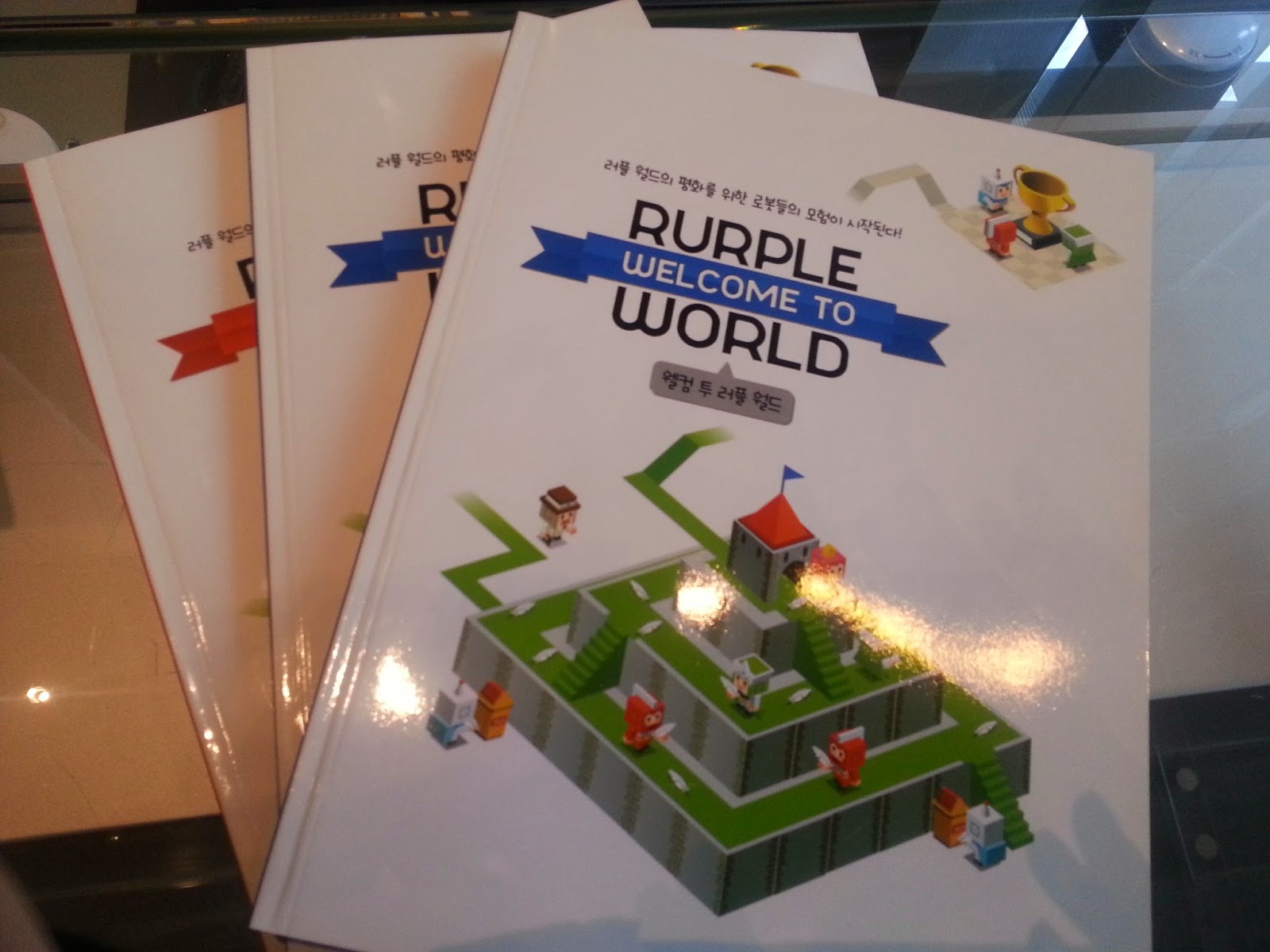 I am happy to announce that a test-version of "Reeborg's world" is now available online as a tool to learn Python.  Like the desktop version (rur-ple) I wrote, it is free to use and does not require registration.

The first version of Reeborg's world was produced to teach Javascript; it is the default version available from http://reeborg.ca.    It includes some 98 lessons (available in both English and French); the English version can be found directly at http://reeborg.ca/learn_js.html

I'm working on an "improved" version which can be found at http://reeborg.ca/learn_js_dev.html
Following some comments by early adopters, the UI of this version is improved slightly and more changes are planned, including a graphical world builder, new images for the robot, the option to import from file and save to file  programs and worlds, etc.  I am also thinking of adding a collaborative option using https://togetherjs.com/.

This time, I will probably include a page on the site where I will ask teachers that use it to communicate with me to let me know in what context they use it, and keep track of it on a "wall of fame".

The proof-of-concept Python version, which is probably of greater interest for readers of this blog, can be found at http://reeborg.ca/learn_py_test.html It is based on the "improved" version and uses Brython  to translate the Python code into Javascript, which can then be executed using eval(), like the Javascript version does.  I do not plan to do more work on it (including adapting the lessons to teach Python instead of Javascript) until I have nailed down the "improved" Javascript version.

If you want to quickly try the Python version to see what it can do, after dismissing the "contents window", I suggest you select (from the drop down menu showing "Alone" by default) the world "Tokens 1" and run the following program:

I welcome any comments & suggestions about Reeborg's world; please feel free to email me directly.