PEP 542 proposes a shortcut notation when defining functions that would be added to a class. A discussion of this idea can be found here.   Personally, I am not too fond of the idea ... but it's a good test case to see if I my nonstandard module, which I have mentioned before on this blog, could allow the proposed syntax to be used right now.

Posted by André Roberge at 2:21 AM No comments:

(These steps are described in these two blog  posts.)

It can be done much more easily using any existing Python interpreter! ;-) 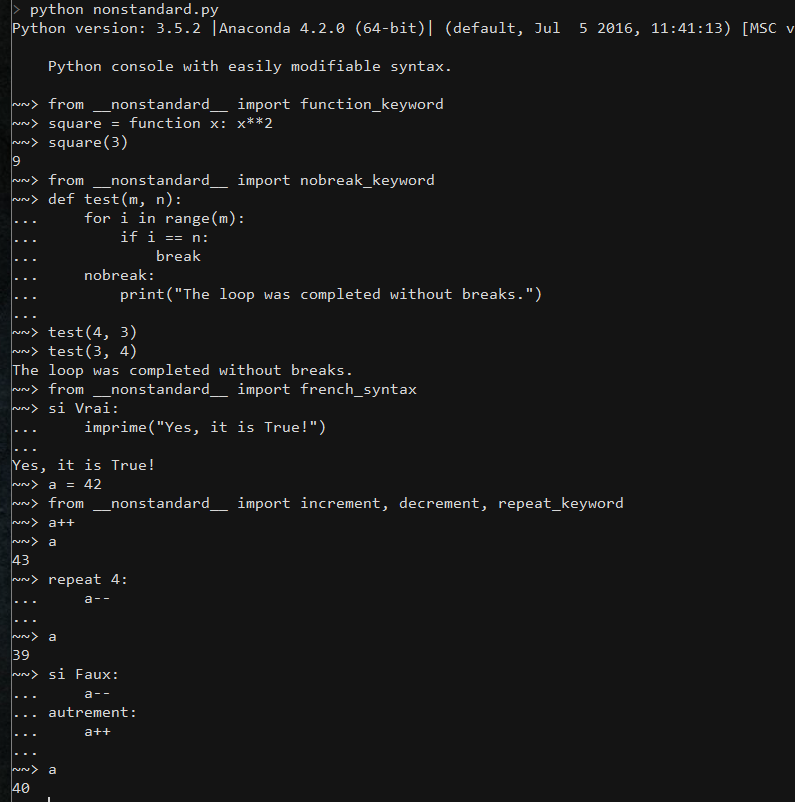