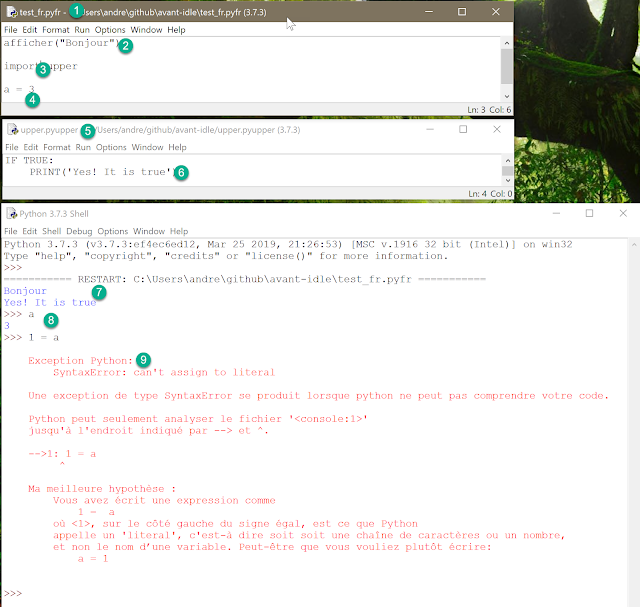 All this was run with a crudely hacked version of Idle. I'm still confused with the communications done with the RPCServer and the TPCServer, having never looked at similar code before.  So, I haven't been able to make it do all that I wanted in this first hacking session. Hopefully, there will be more to come ...
Posted by André Roberge at 6:02 PM